I don’t exactly remember how it happened —

Or what he actually said that had ticked me off …

But that summer afternoon when it hit 39 degrees, and the babies were still young, and my hormones juvenile, I remember clearly losing my cool.

We were headed to the beach somewhere when he made some flippant comments and something inside me broiled.

Did he really mean what he said?

I felt his words were an assault on my ability, a misjudgment on my character.

Aa\s the heat got the better of me, and the anger flared inside me — and the kids still reminding me to this day, how I sprinted to the door, rushed to spill words out, threw the water bottle across the garage, and yelled.

Right in front of my neighbour who enjoyed watering his garden topless in summer heat.

I should have earned the best ‘Christian Woman and Neighbour’ award.

But there it was, spewing all over me.

The neighbour looked at me, and I looked at him. The Husband and the kids stared at me in disbelief, bursting into uncontrollable laughter while I quickly closed the door behind me.

It’s not funny when you’re the one who spilled the beans and there was no way of retrieving it.

My anger was short but sharp.

I carved a permanent mark in my family’s memory bank too hard to erase.

I felt sick and terribly guilty.

They headed off to the beach while I hit the cold shower.

Can one make another angry, or is anger something a person decisively chooses to lose joy over?

The early years of marriage may be challenging and confusing for many. 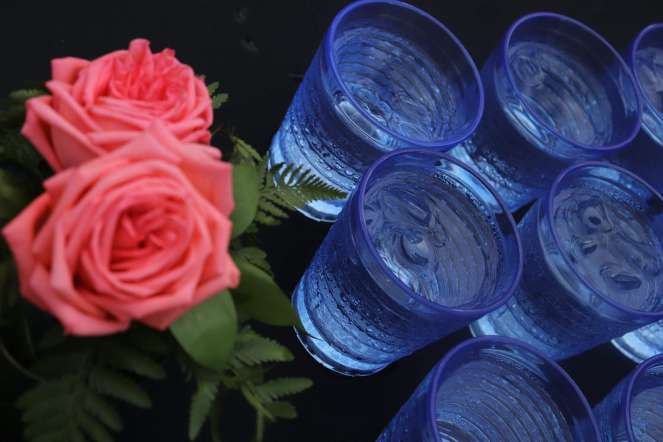 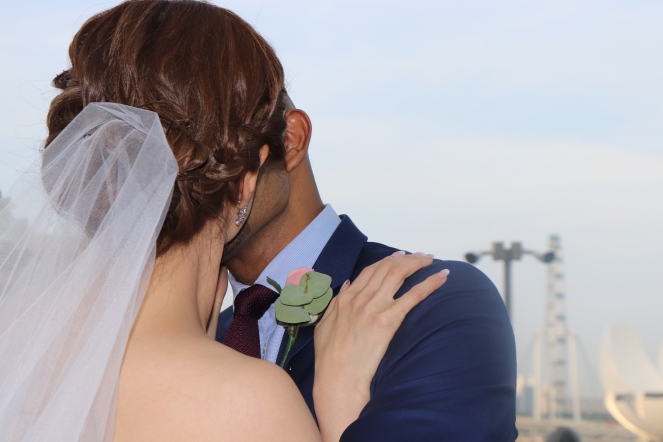 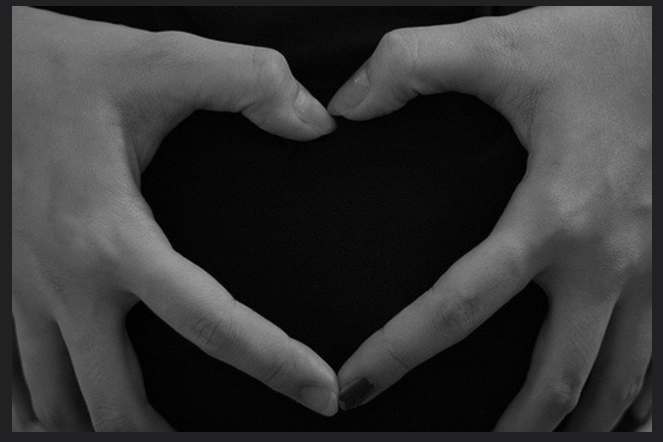 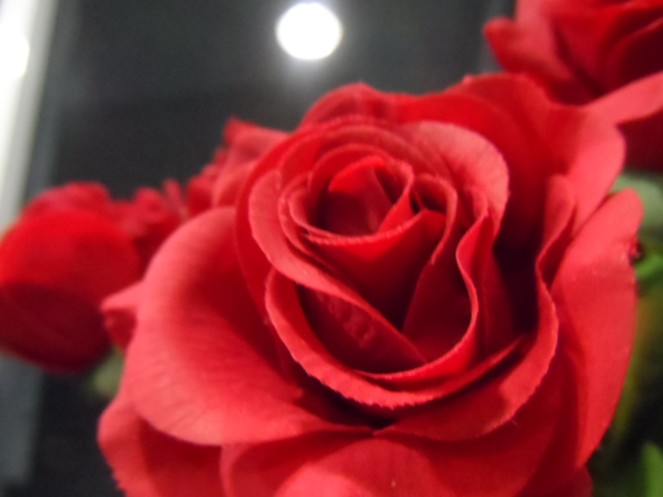 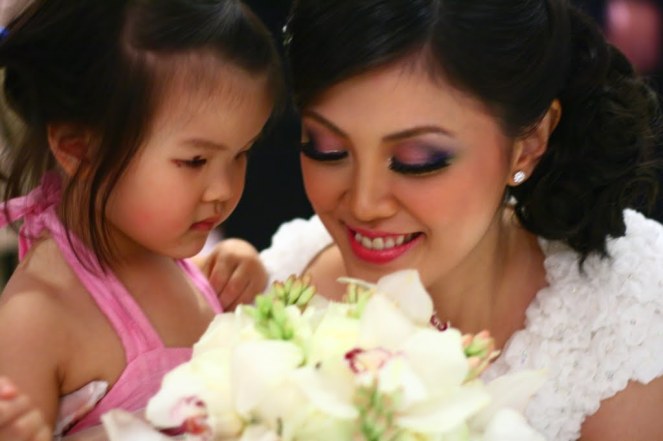 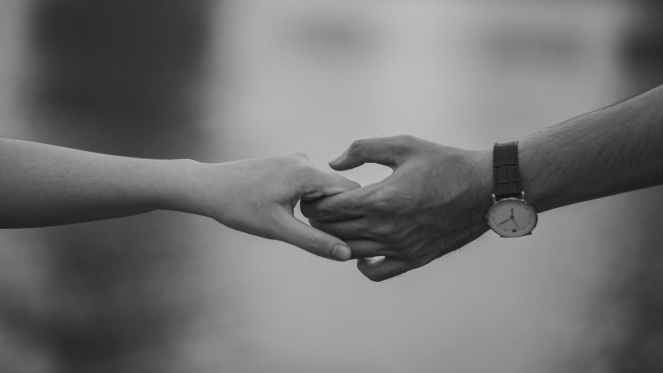 The painful process of two becoming one often creates tension that threatens our unity and destroys our harmony.

But there must be a way to fight fair.

There must be a way to grow closer through our differences, to connect even when anger disconnects, and to deepen maturity right there in the midst of our greatest difficulty.

There must be a way to grow into Christlike godliness even when we are faced with the consuming ugliness of our own self-centredness.

Conflicts are meant to connect us, not separate us.

We can all learn to communicate better, love stronger, fight constructively, argue non-combatively, and in so doing, grow abundantly.

So we penned this script together for you.

It’s helped us tremendously in turning every argument into a great and worthy fight.

It takes a heart of humility, and a huge dose of humour.

But it really works.

And we hope that it’ll help you like it’s helped us.

Here’s from the both of us —

This is a widely used script for conflict resolution (adopted from Friend and dear Pastor, Benny Ho, some 15 years ago), that can help minimize the secondary trauma that often results when you’re in the middle of arguing with someone (especially the spouses you’re meant to love).

The next time you’re about to launch into a fight, take a deep breath and read this script out. And thoughtfully insert what you want to say, instead of what your heart is telling you to say.

The offender says (at some point, maybe not immediately):

Now there are several keys in this that we need to pay attention to.

Using absolutes like “never and always” in a fight will rip you both apart, rather than connect you closer.

Instead, we need to be specific about what the offensive action was, and when.

For example you may say, “When you looked away last night when I was trying to talk to you about my Dad…”

2. Secondly, be specific about how that action made you feel.

For example, “When you look away like that, it makes me feel ignored and disappointed” — which is more helpful rather than saying, “You always turn a deaf ear when I’m trying to talk to you about my family. You never care. You don’t love me.”

Notice how the second sentence sounds attacking, is assumptive of your spouse’s motive and conclusive with your made-up judgment about his/her character?

It doesn’t leave your spouse any room to explain or clarify where he/she is coming from.

But when you focus on how his/her specific action leads to your specific feeling, the conflict is contained, and you give room for an explanation that brings clarification and connection.

Some other ways to describe your feeling may be: I feel guilty, confused, humiliated, angry, ashamed, upset, overwhelmed, under-appreciated, unnoticed, brushed aside, belittled, misunderstood…

Love never assume the worst of the other person, only the best.

3. Thirdly, be specific about the reasons.

For example, “Because I really needed someone to listen to me at that point in time”.

It’s beautiful when you can be truthful about why you feel the way you feel. Being honest and vulnerable allows you to focus on you, rather than on what your spouse has not done right or will ‘never’ do right.

When you take responsibility of the way you personally feel, it helps your spouse to see the part he/she can personally do to mend the gap, and releases him/her to be a solver rather than a contributor to the problem.

4. Hopefully, with this explanation, your partner will spontaneously offer an apology.

The “Will You Forgive Me?” rather than “I’m Sorry For…” is a very important line in the process of forgiveness and reconciliation.

Here the offended person is the one given the control to extend forgiveness to the offender, rather than the one forced into accepting the other’s sorry.

Though reconciliation is a two-way process, forgiveness sometimes only happens as a one-way street. There may be times when you need to forgive someone who never said sorry for example, or times when you’ve honestly and profusely said sorry, but to have the other person not forgive you.  But when someone says sorry and forgives, then you are in the beautiful process of reconciling and growing. (This principle is taken from a parenting course called Growing Kid’s God’s Way).

Though this may sometimes take time, and you may not always be able to expect a “Yes, I Forgive You” straight away, by taking a humble and listening posture, you are winning half of the battle and your spouse’s heart.

Remember that in a fight, it doesn’t matter who wins, it matters that you both win.

It doesn’t matter who’s right, but it matters that you don’t win the argument and lose your friend or spouse.

And so we hope that when you’re about to launch into another fight next time, you’ll remember this little script, and you’ll remember how to love well, and that it’ll bless and strengthen your relationships.

The Calm Husband & His Crazy Wife

4 thoughts on “A Script for Fighting Fair, Communicating in Conflict & Loving Long and Strong”